Thank you for your interest in the Living in HOpe research study. At this time, we have concluded all three public screening events for the documentary research study.

Living in HOpe will premiere on air and online on Knowledge Network on November 6, 2018. Please visit facebook.com/strangerproductionsfilm for updates or scroll down to watch the trailer. 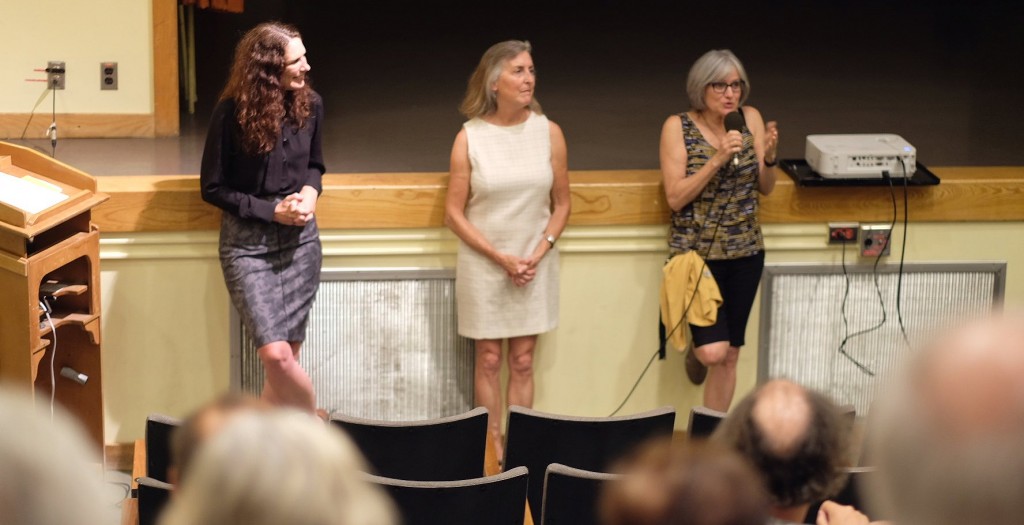 Past screening locations and dates of Living in HOpe, Part 1: Another Day in Paradise:

Screenings of Living in HOpe, Part 1: Another Day in Paradise were held as part of a study to evaluate the impact of a documentary on attitudes towards people with mental illness. People who attended a screening could participate in the research study by filling in an online questionnaire before viewing the documentary, immediately afterwards, and one month later. All screenings were open to the public. For more information on the research study, please contact crest.bd@ubc.ca.

You may participate in this study if you: 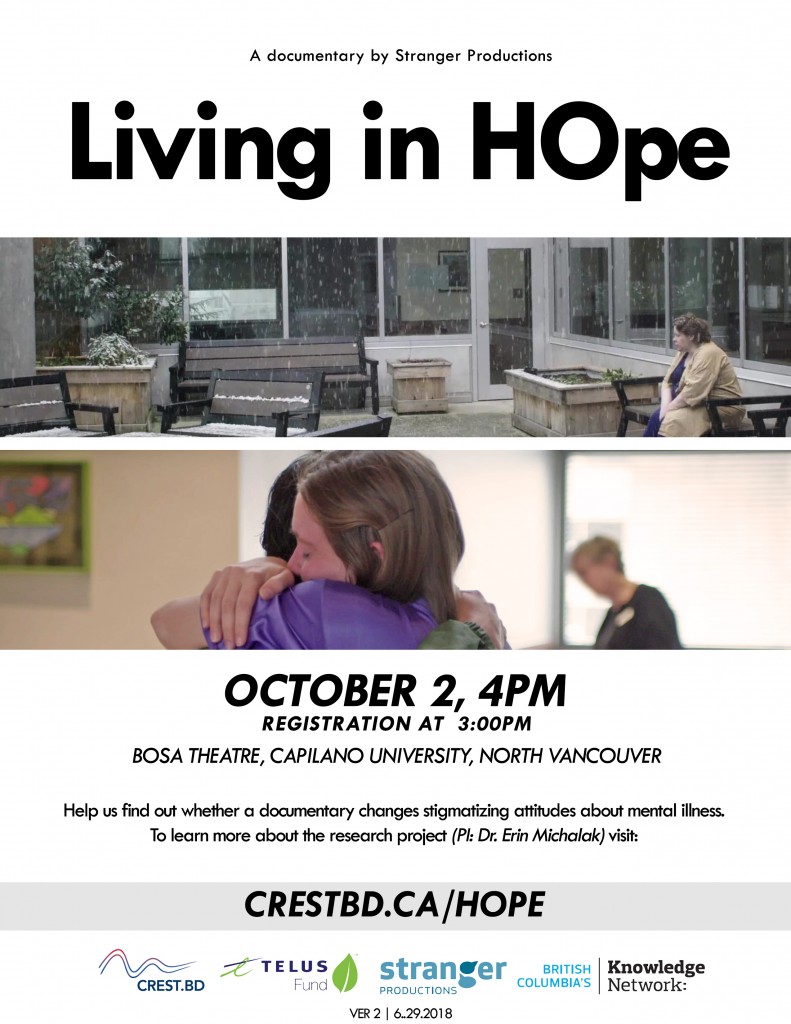 For this documentary series, a film crew spent a year in the HOpe Centre, documenting the daily lives of patients and staff. There will be three screenings will be held as a part of a research study in British Columbia to test the impact of the documentary on stigmatizing attitudes towards people with mental illness.

Living in HOpe is produced by Stranger Productions in association with Telus Fund, Knowledge Network, and Canada Media Fund. Stranger Productions is committed to making “films that give a voice to people with stories to tell — people who haven’t yet been heard”. Melanie Wood (mwood@strangerproductions.ca) is executive producer and Maria LeRose is co-producer.

Living in HOpe will premiere on air and online on Knowledge Network on November 6, 2018.

Stay up to date with research and knowledge exchange on bipolar disorder.