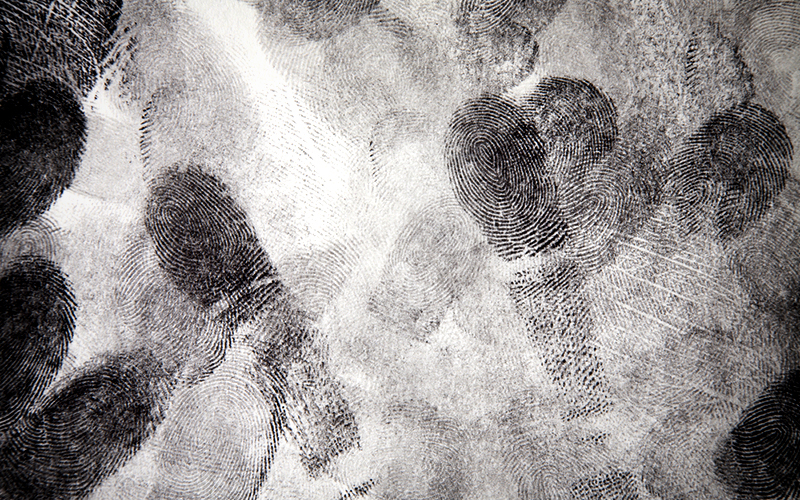 Mental illness stigma is an unfortunate, yet pernicious, reality. It’s important to know that stigma can occur (and be tackled at) at multiple levels:

Reducing stigma towards mental illness is critical. Higher levels of perceived stigma are associated with more severe symptoms and general impairment for people who live with bipolar disorder, as well as for their family members or caregivers. People with a high sense of stigma are more likely to withdraw from their social circles, experience depressive relapse, have slower recovery times from mood episodes, and be less likely to access effective treatments.

CREST.BD has been advancing the science on stigma in bipolar disorder for a number of years. For example, we have reviewed the literature in this area and conducted qualitative research to explore the strategies used by people with bipolar disorder to address self-stigma.

In order to inform our research and knowledge exchange activities, CREST.BD holds periodic ‘Community Engagement Days’ attended by people who live with bipolar disorder, their supporters, and healthcare providers; our 2009 event focused on the topic of stigma. Embedded within the days are a formal research project – in this case, 44 people participated in focus groups as were asked:

The rich focus group discussions were transcribed and analysed for themes. Findings indicated that participants experienced stigma at all three levels: self, social and structural, social.

“If my child had leukemia, you would all be bringing me lasagna”
– Focus group participant

As part of a ‘Knowledge to Action’ study funded by the Canadian Institutes for Health Research, CREST.BD has also developed a contact-based intervention to address bipolar disorder stigma.  The intervention “That’s Just Crazy Talk’ consists of a 55 minute theatrical performance developed by network member Victoria Maxwell, an established playwright and actress who lives with bipolar disorder targeting self and social stigma. 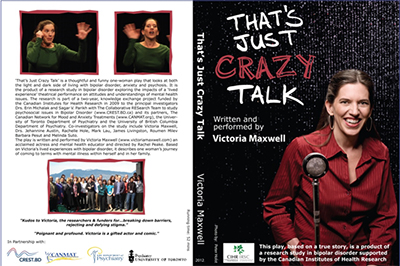 In the performance, dramatic narrative conveys decades of personal and familial mental illness, translating the narrator’s experiences of stigma into a vivid portrait of life with bipolar disorder. Quantitative and qualitative methods were used to assess the impact of the performance in 164 people with bipolar disorder and healthcare providers; results demonstrated it was an effective mechanism for reducing stigmatizing attitudes, particularly in healthcare providers. A filmed version of the show, which has also been shown to have a positive impact on stigmatizing attitudes, is available via Victoria Maxwell’s website.