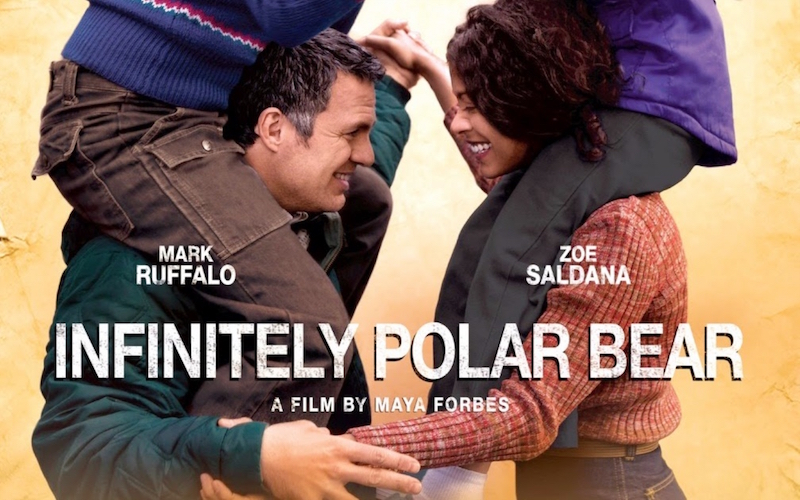 There are more than a few movies about bipolar disorder, but there are few stories in movies that accurately reflect life with bipolar. One of these movies is Infinitely Polar Bear (2014), an hour and a half glimpse into the life of a family in the late 1970s with a father who has bipolar disorder. The movie follows a slice of life format where the audience is first thrown into a scene where the phrase “I’m not manic” is shouted by a man in a swimming suit running around a yard in the middle of winter. But don’t be mistaken — this is not just a movie about “manic-depression.” Infinitely Polar Bear is a genuine look into the everyday life of a family adjusting to the world of bipolar disorder.

What is the potentially most wonderful aspect of this film is how natural and genuine it feels. The father, Cam, and his somewhat estranged wife, Maggie, are an interracial couple on the lower rung of the social ladder. In this sense, Infinitely Polar Bear is also a story about the struggles of a black single-mother pursuing a career over being a housewife and a father with bipolar who is overwhelmed, in the beginning, by household chores. These examples are realities that many can relate to, and they’re not issues that are intersected with bipolar disorder for the sake of having other issues in the film either. It speaks to the complexity of real life and how mental health is affected by so many different aspects of the world we live in. From a research perspective, we know quality of life — like being able to manage home life and finances — are key in living well with bipolar disorder. The film seems to recognize this as well.

Some features that set this movie apart from others is the attention to detail. In one scene Cam is reluctantly reaching for his bottle of lithium carbonate, 300mg. He picks out three capsules — one side of which is half white, the other half a light peach-pink colour — and downs them with a glass of water. I found this to be a heartwarming moment because I have what seem to be those exact pills on a counter in my home. Even though it was less than a minute in the movie, it’s that kind of attention to detail that can have some truly destigmatizing effects. It adds a personal touch that made me think, “Oh yeah, other people — different kinds of people — can go through the same bipolar I do too.”

I recommend this movie for those seeking a whole-family approach and refreshing view of bipolar disorder in the media. It balances the negative and positive sides of being in a family with bipolar; perhaps not perfectly, but it feels human and has that kind of personal connection. Even if you disagree, I have a feeling most of us will agree Infinitely Polar Bear is a huge leap in helping connect the world to a more accurate representation of life with bipolar disorder.

P.S. Their children are beautifully hilarious.