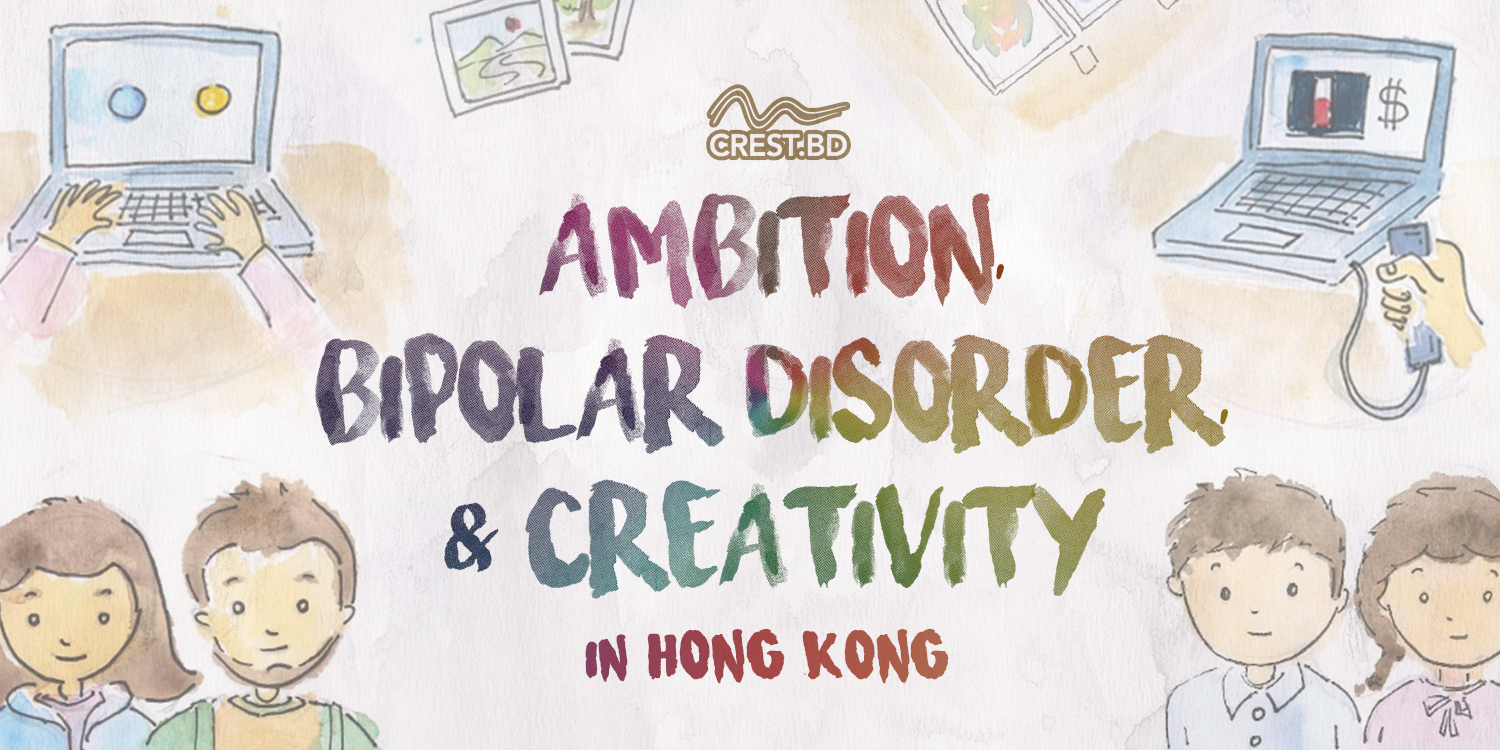 A few weeks back, we posted the exciting news that CREST.BD Network Member Dr. Samson Tse is leading a new study investigating creativity and ambition in a sample of adults with bipolar disorder in Hong Kong. The project, undertaken alongside collaborators Dr. Winnie Yuen, Dr. Sheri Johnson, Dr. Luke Clark, and Dr. Erin Michalak, is the first to use quantitative and qualitative methods to explore creativity and bipolar disorder in an ethnically Chinese population. Now, we’d like to share some details on the project, as well as its place within CREST.BD’s history.

The idea that bipolar disorder may be linked with creativity is reasonably well-known in popular culture, with figures such as Vincent Van Gough, Ernest Hemingway, and Virginia Woolf frequently cited as examples of creative people who have experienced the condition. Biographical data seems to correspond with these impressions: all of these people – and many other creative figures – are reported to have experienced symptoms of both depression and mania. Previous research does demonstrate that people with bipolar disorder, and their family members, are disproportionately involved in creative professions (Kyaga et al. 2012). But if people with bipolar disorder are indeed predisposed towards higher-than-average creativity, it begs the question: why?

In 2017, CREST.BD Network Members, with the backing of the Sean Costello Memorial Fund, investigated this question by exploring the relationships between bipolar disorder, creativity, and what could be broadly termed “ambition.” Previous work has demonstrated that people with bipolar disorder have higher reward sensitivity than is average, exerting greater effort to gain rewards (Johnson et al. 2012), and maintaining more sustained effort towards rewards (Peckham et al. 2016). People with bipolar disorder are also more likely to explore new possibilities, versus exploiting existing strategies; that is, to generate creative new ways of looking at problems, rather than sticking with the tried-and-true (Henry et al. 2010). This can be stated as a preference towards novelty and creativity. Taken together, it seemed reasonable to consider that these two traits may have some relationship to creativity in people with bipolar disorder.

As related in a recent blog post describing the project, as well as some of its results, it was found that creatively-identified people with bipolar disorder do, as predicted, spend more time exploring their options.

Dr. Tse’s study, ABC, quest for a mechanism: Ambitious behavior, Bipolar disorder, and Creativity (Hong Kong) utilizes the same tasks from the first iteration of the study for its quantitative component, and adds an additional, qualitative component to explore participants’ creative activity over the course of three-four months. During the qualitative portion of the study, participants will reflect on their creative experiences using a Photovoice process, as well as in focus groups. The figures below depict the quantitative and qualitative processes respectively.

96 participants with bipolar disorder, as well as 96 participants without, will go through three research stages for the quantitative component. Both groups will identify as being involved in the creative arts, with a focus on writing or painting. 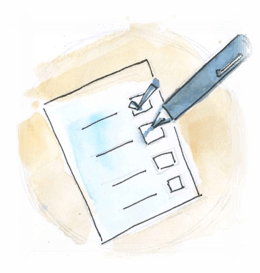 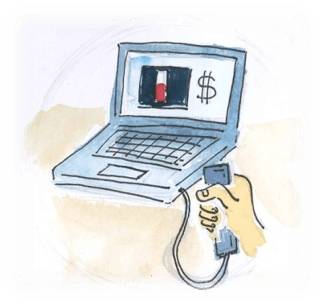 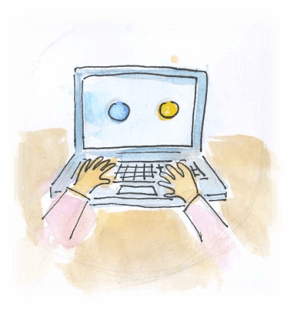 3. Observe or Bet Task
A betting task to measure exploratory vs. exploitative behaviour.

14-16 participants with bipolar disorder will participate in creative output and reflection, the prompts for which will be informed by the results from the previous component of the study. 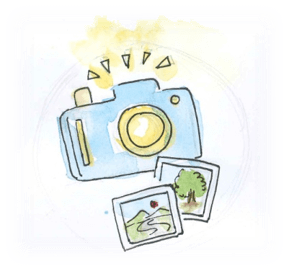 1. Photovoice
Participants take photos of moments where they have produced a creative work, or overcome major creative hurdles. 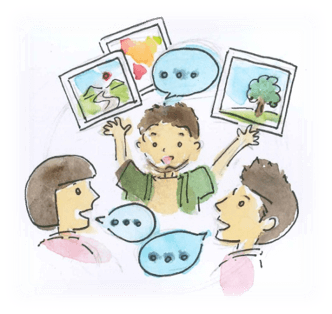 2. Focus Groups
Participants participate in two separate focus groups based on creative interest (writing or painting) throughout the project. 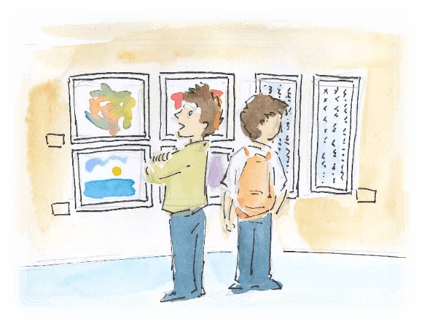 3. Half-day public art event
An event showcases participants’ creative works, and the photos they have taken.

As the first study of its kind in a Chinese population, Dr. Tse’s research holds the potential to reduce stigma associated with bipolar disorder within Hong Kong, and to help health care workers to better support the well-being and creative goals of those living with bipolar disorder. We look forward to seeing the results!

All diagrams are adapted from figures developed for ABC, quest for a mechanism: Ambitious behavior, Bipolar disorder, and Creativity (Hong Kong), with illustrations by Iris Lo, Senior Research Assistant to Dr. Tse. 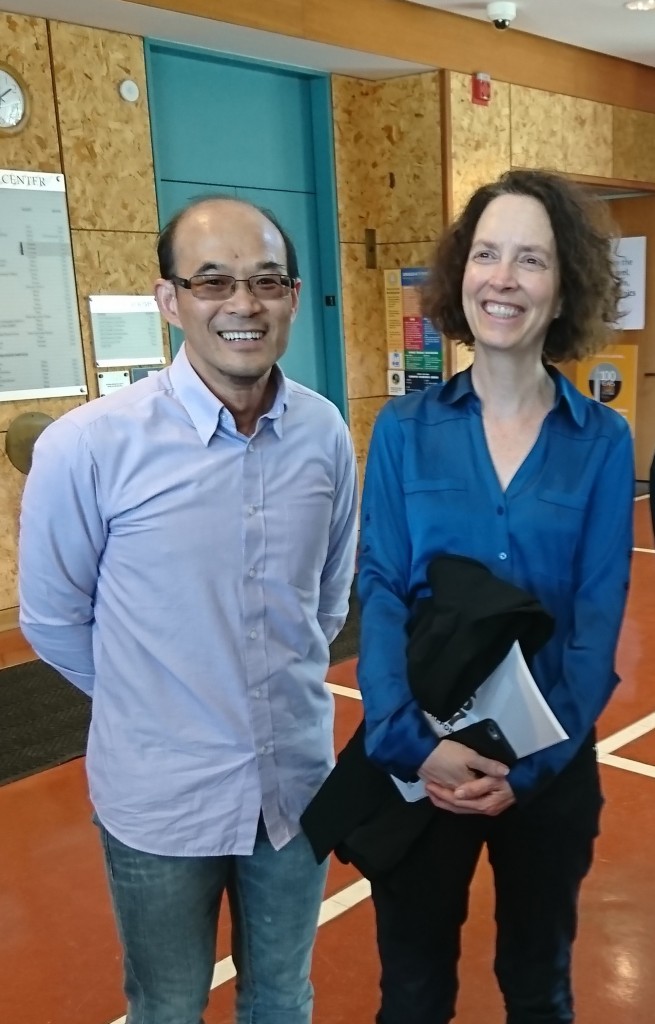 Drs. Samson Tse and Sheri Johnson at the University of California, Berkeley (April 2019)

Dr. Samson Tse has also published a blog with us on Chinese Culture and Bipolar Disorder.

To learn more about the Vancouver and Berkeley branches of the project, please check out our previous project blog posts:

Explore vs. Exploit: Option Exploration in People with Bipolar Disorder

The Link Between Bipolar Disorder and Creativity – Introducing a new CREST.BD study