The Trauma of Being Trans in the Mental Health System 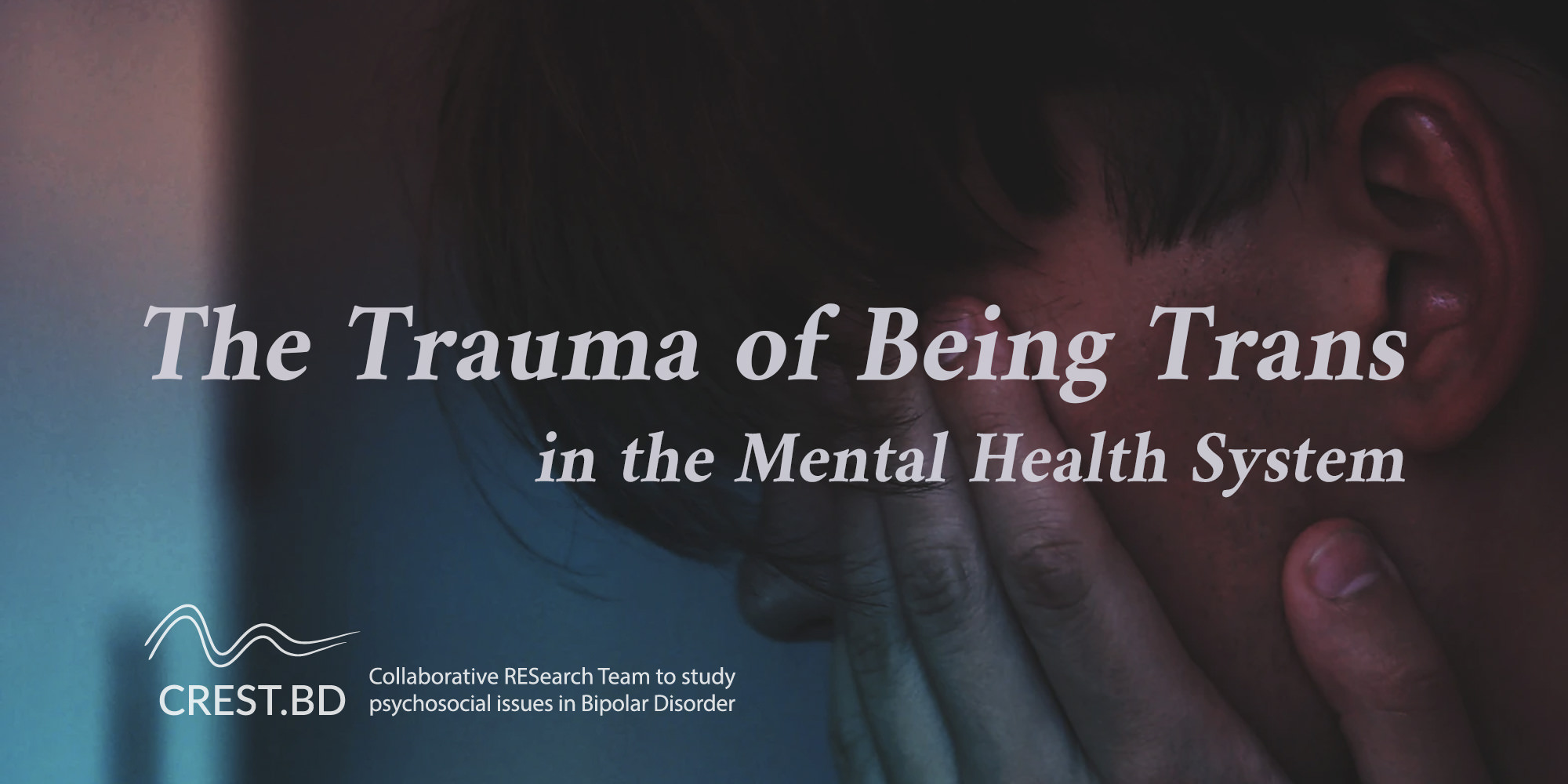 Content note: The following blog post is a personal account from Danya, who lives with bipolar disorder, about his experiences as a transgender man with the mental health system. Some of the questions he recounts being asked by professionals are very invasive and pertain to sex and sexual anatomy.
If you’re not comfortable reading this, but want to learn more about supporting and respecting transgender people, we recommend skipping straight to the resources at the end of the article.

Although I have always struggled with my mental health, I evaded “The Mental Health System” until 2017, when I went to the hospital for psychiatric care for the first time. I’m trans. I went in for things unrelated to being transgender. I had finished my transition by that time and already had my “diagnosis” of gender dysphoria, but transition or a diagnosis isn’t necessary. To reiterate: I went in for things unrelated to being trans. I came out with a huge resentment towards nosey counsellors, doctors, nurses, and other specialists who abused their position of power to appease their own curiosities about me as a trans person, and trans people in general, instead of giving me the care I needed.

“Knowing what my genitals are gets you no closer to understanding whether my body affects my mental health. […] All it does is appease your curiosity.”

The mental health system is full of cis people who feel entitled to ask me all types of invasive questions they’d never dream of asking other cis people. There’s an idea that I owe cis people answers, to appease their curiosities, because I dare to exist in the world as a trans person. I know damn well these nosey professionals never ask a cis woman about the length of her labia, but I walk into the office and it’s all “but do you have a penis, though?” This is one example of cis entitlement that I’m on the receiving end of all the time.

I don’t think most of these mental health professionals even understand that they have this entitled attitude, and certainly don’t see their behaviour as the abuse it is.

I can’t even count how many mental health professionals have asked me what my genitals are. Knowing what my genitals are gets you no closer to understanding whether my body affects my mental health. It doesn’t even tell you if I have dysphoria at this point. All it does is appease your curiosity. Stop asking me this. While we’re at it, stop asking me how gender reassignment surgery is performed. You’re wasting my time with your incessant nosiness. Try Google.

Also, if you want to be educated about trans issues, hire an educator! Here’s a tip: an educator should walk into a situation knowing they are there to educate, not be ambushed by nosey cis people under the guise of a medical appointment.

Sometimes cis people think they’re asking questions for valid reasons. “Well, it helps me to know your history” is another common excuse. It’s vague, which makes it a lot more insidious. Cis people should think hard about why they’re really asking a question. I wasn’t ever being evaluated for gender dysphoria or transition procedures. Professionals shouldn’t ask trans people questions carelessly. If you want to ask me questions about my body or how I have sex, those questions better have legitimate therapeutic or medical value, and you had better ask (and receive) my permission. This includes respecting my wishes when I say “no.”

Here’s an example of this insidious behaviour. I had an evaluator at a neurofeedback clinic do an assessment with me. It was our first appointment. She asked me “when did you know you were transgender?” Here’s the thing: how I realised I was transgender says nothing about how I feel about my body, gender, or transition in the present, or even if being trans is at all relevant to why I was there. Conducting an interview for your own interest is not the same as doing a mental health assessment. Using my appointment to ask questions to feed your curiosity is abusing my trust and wasting my time when I am vulnerable and need this time the most.

“I had become so habituated to this treatment I forgot I could be angry.”

The common theme is mental health professionals creating the illusion of mental health care while doing nothing but feeding their own curiosity about things it isn’t my job to teach them.

When I was in my first admission to a psychiatric ward, I had a psychiatric nurse corner me in my room under the guise of “making a safety plan” for when I left the hospital. He spent ages asking me all kinds of irrelevant questions, like “what is it like to be trans?” and “do people treat you differently?” There’s so much to unpack here. None of that was creating a safety plan. I was stuck in a room, literally sectioned in a hospital, and unable to leave without permission. That whole situation was unsafe. How dare he force me to give a talk show style interview about personal, irrelevant things for twenty minutes before I get to leave. He abused his power and drudged up a bunch of triggering stuff for me. You don’t lie to a patient about your intentions. Do I get treated differently as a trans person? Yes, in fact, I do get treated differently, and if he reflected on that conversation, he would realise just how differently he had just treated me because I’m trans. 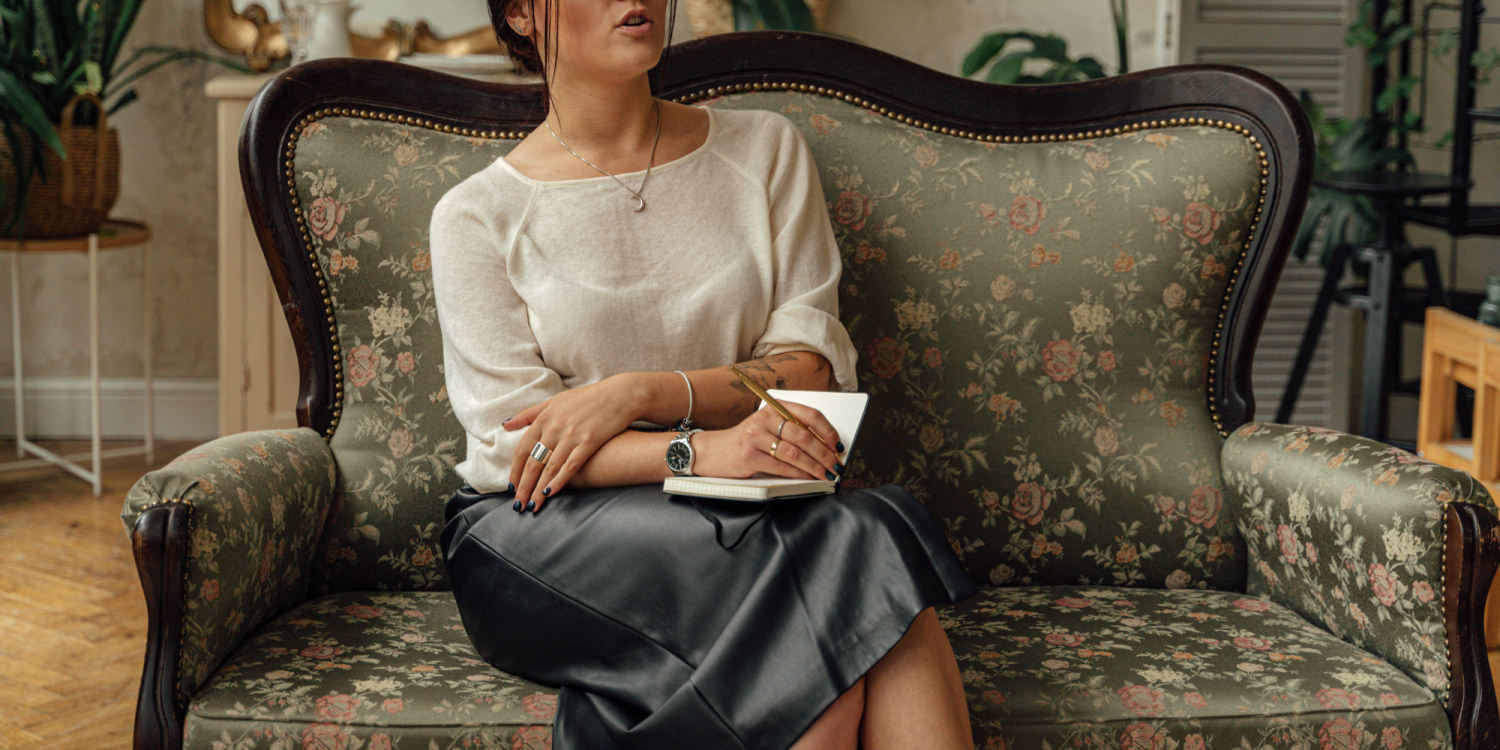 I had one counsellor keep asking me how I have sex. She worked specifically with suicide attempt survivors and was assigned to me for this reason. She used my most vulnerable times to feed her creepy fixation on my sex life. She always steered the conversation towards sex. The last straw was when she kept asking me “do you have a penis?” over and over, no matter how many times I evaded the question. The real kicker? When I called the front desk and cancelled my next appointment, I told them I didn’t want to speak to her again. The counsellor called me anyway, and asked why I left. I told her it was because she kept asking how I have sex, and whether I have a penis. She told me that she works with other trans people, and that trans people like those questions. I don’t need cis people to tell me what trans people like.

“I am really sick of mental health professionals asking me how I have sex.”

To reiterate: I am really sick of mental health professionals asking me how I have sex. Not all these professionals can feign ignorance either. I have come across a couple of outright perverts. This isn’t a porno and you are perfectly capable of keeping your thoughts to yourself. You are not entitled to my sex life.
It can be extremely difficult to avoid answering these inappropriate questions because of the major power imbalance between a professional and their patient. The reality is that resisting a mental health professional’s inappropriate questions can negatively affect your care. Even if they back off, there is a subtle anxiety that comes with wondering if I would have been treated better if I had answered their questions.

“Even if they back off, there is a subtle anxiety that comes with wondering if I would have been treated better if I had answered their questions.”

Refusing to answer inappropriate questions can lead to being completely denied care too. I was referred to a mental health team after a hospitalization. Right away, I told the psychiatrist in no uncertain terms not to ask me about my genitals or how I have sex. I had been down this road enough to tell him pre-emptively. He kept insisting he wanted to know. This was the same psychiatrist who was asking about my genitals under the guise of helping his other trans patients. The case worker in the appointment with us never intervened. I asked for another doctor. I was told very blatantly that I could see him, or have no psychiatrist at all, because I wasn’t going to be referred elsewhere and no other doctor at that clinic would be offered to me. I was literally coerced into seeing this psychiatrist who is a complete pervert. I was subjected to him for a year.

I am angry. I’m sick of putting on a nice face when I am on the receiving end of transphobia for fear of losing access to mental health treatment. I had become so habituated to this treatment I forgot I could be angry. I felt so ashamed, as if I were doing something wrong to deserve this. I can’t change what has happened, but I wish I could tell these so-called professionals that they took advantage of me when I was most vulnerable.

I use my birth name and am usually gendered correctly. This is truly fortunate. So often trans people are deadnamed and misgendered by cis people who complain about pronouns, but say their car is named Ruth, or rush in to correct you if you misgender their pet.

Deadnaming: when a person refers to a transgender person by the name they used before they transitioned. (Learn more: What is deadnaming?)

Many trans people have experiences like mine, and I am angry for us all. None of us deserve to have our gender interrogated or to be asked deeply personal questions about our sex life. We’re trying to reach out for help and access care. Entitlement, and power, combined with poor boundaries and unrelenting nosiness has created a system that perpetuates abuses toward trans people. I am tired of it. 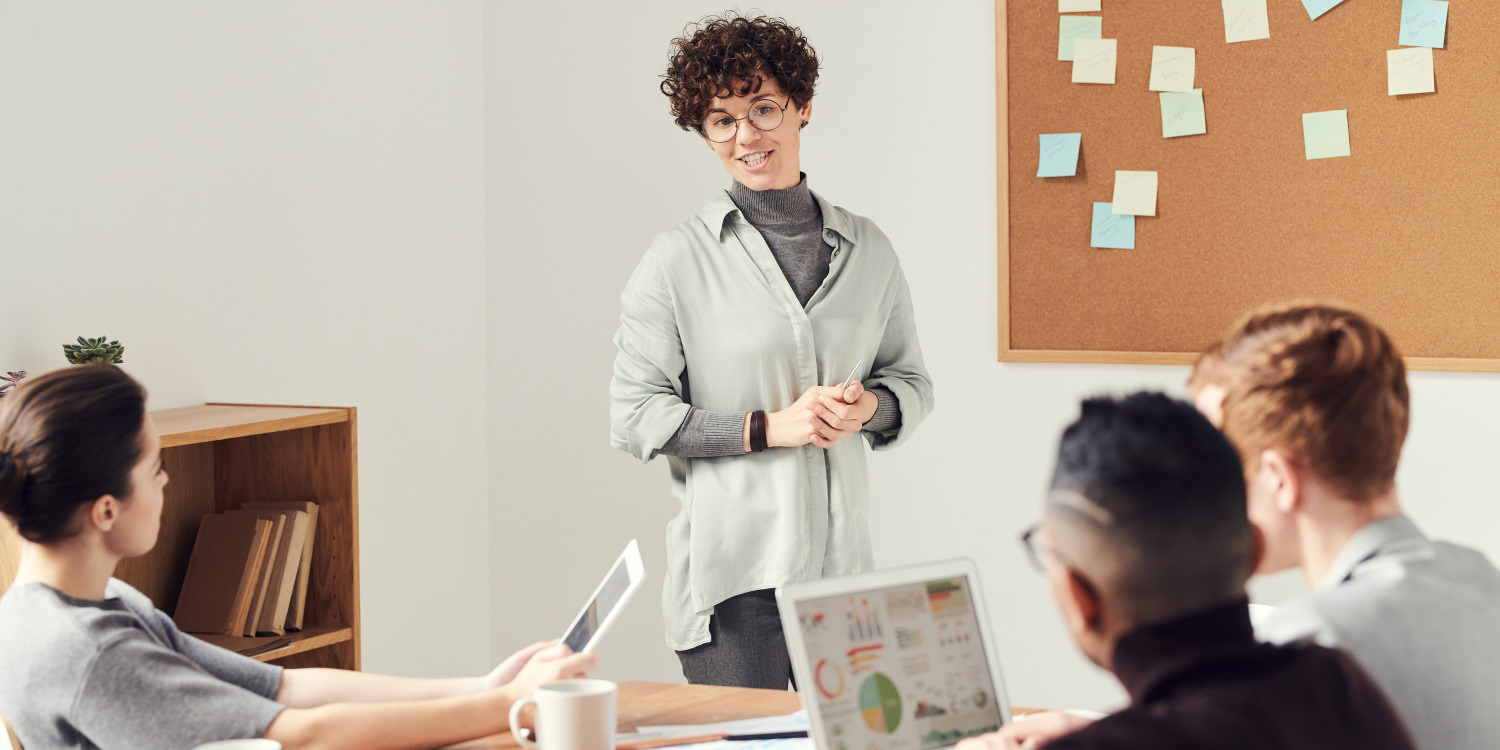 There are solutions to these problems. The main one is trans competency training for mental health professionals. Hiring an educator, especially if this educator is also trans, and paying them for their labour, is a fabulous way to teach cis people how to work respectfully with trans people. Trans people deserve the same respect and dignity that cis people are afforded. If mental health professionals think of us as people first, they will avoid many pitfalls I’ve talked about. Remember, it is normal to be curious about bodies and sex. There is no such thing as a thought crime. It is just important for all of us to keep our curiosities to ourselves.

A really important point of this piece was emphasizing that it isn’t a trans person’s job to do the unpaid labour of teaching cis mental health professionals how to work respectfully with us. That’s why I didn’t write this piece as a how-to for cis people. I am not being paid for this. These are just my experiences and it has been cathartic to write them out. The publishers have kindly provided a link to places you can go to learn more about trans issues. I have approved this and provided one link myself, but these cis people were willing to shoulder some of the burden and send links to me, rather than asking me to do more work. This is a really great example of something that means a lot to me.

Questionable Questions About Transgender Identity.
This article provides answers to many of the questions that people often want to ask trans people. It also explains which questions can be sensitive and should be asked carefully or avoided.

A Guide to Being an Ally to Transgender and Nonbinary Youth.
This guide is designed for supporting youth, but it’s applicable to allyship with all transgender and nonbinary folks. It gives a great overview of terminology and basic ideas about what it means to be trans and/or nonbinary.