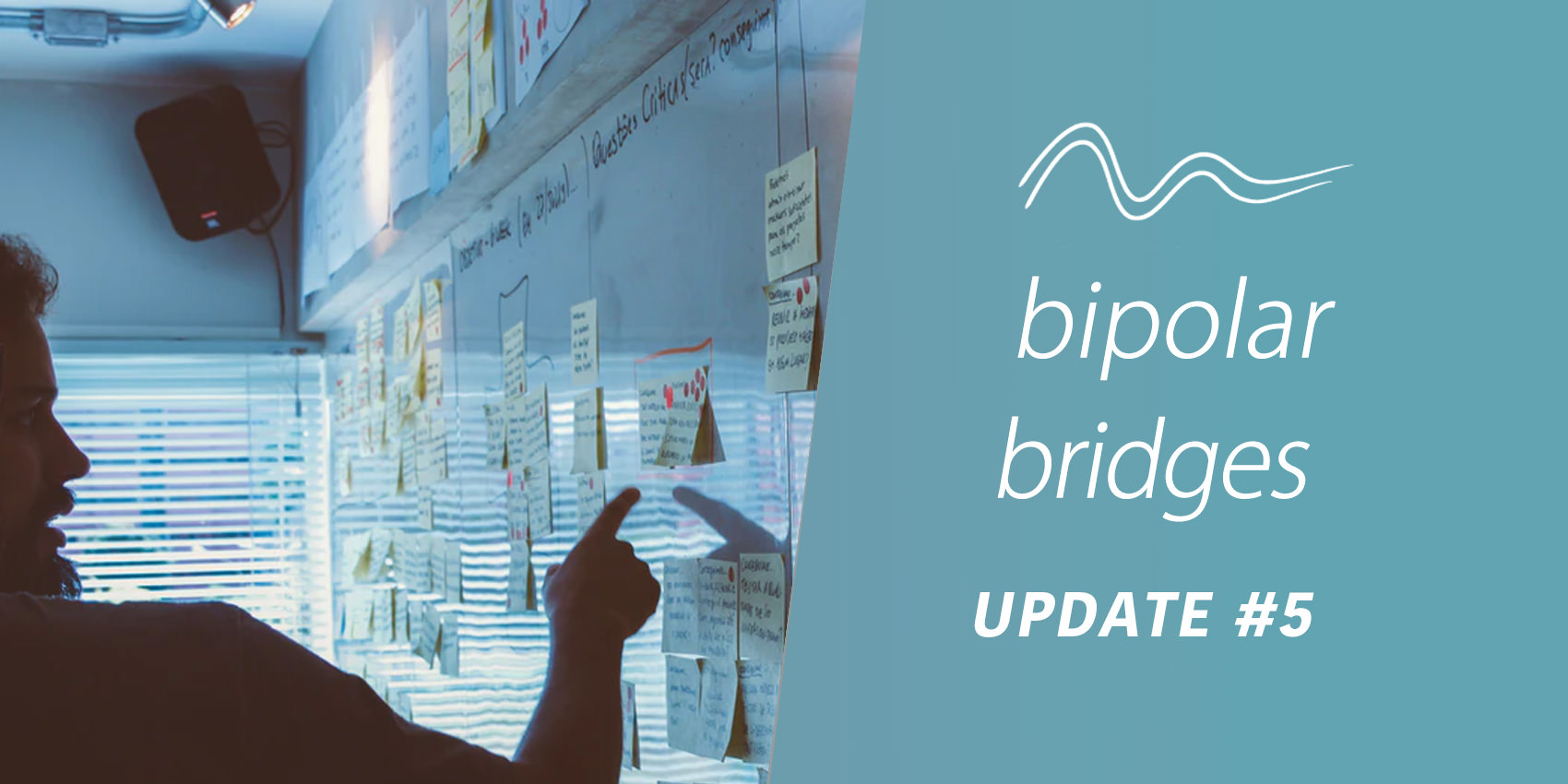 The objectives of the BBAG include providing feedback, guidance, and support to the members of the PolarUs project – the principal investigators, co-investigators, and CREST.BD – concerning the development, delivery, and evaluation of the PolarUs project. The BBAG aims to serve as a formal mechanism to exchange ideas and concerns related to the project. A crucial aspect of the BBAG includes providing networking opportunities with the wider BD community, and fostering a sense of community and ensuring diverse representation within that community.

The BBAG currently consists of seven members with lived experience of BD, and is inclusive of people of diverse genders, sexual orientations, ethnicities, and cultural backgrounds. The BBAG is supported by four non-members: Dr. Erin Michalak (co-principal investigator), Dr. Emma Morton (co-investigator), and two CREST.BD employees. BBAG meetings are held virtually (for the time being), run monthly, and are between one and one-and-a-half hours in length. Appointments of the BBAG members are typically for a one-year term, with the option of an additional one-year term.

In keeping with CREST.BD’s goal to build capacity and leadership skills in patient-oriented research, the members of the BBAG were asked to put their names forward if they were interested in chairing the group. Marek and Rosemary (the authors of this blog post) serve as co-chairs of the BBAG. Our duties include keeping the meetings’ agendas on track, maintaining inclusivity within the group during meetings by creating a safe space where all members have an equal opportunity to contribute, and ensuring everyone’s voice holds equal weight.

“The variety of skills and experience that each member of the group possesses and brings to the table has been on full display, bringing out the creativity, ingenuity, and passion of each of the members.”

Since the inception of the BBAG in May 2020, the group has been involved in some meaningful work for PolarUs. At the outset, the group developed a Set of Values for the group and team members to follow, namely:

Early on, the BBAG members supported recruitment to the Bipolar Bridges app survey, which consulted people with BD on the apps they use by leveraging their personal and professional networks and social media channels. The group has also played a key role, through collaborative input, in making decisions regarding the naming of the Bipolar Bridges app and the iterative process of designing the app’s logo. This included factors such as considering how to make the app most accessible and user-friendly, and discussing how to minimize stigmatization when creating the app (e.g. excluding the word “bipolar” from the app name or logo, for personal privacy reasons).

There is a tangible sense of community and cohesiveness within the BBAG, despite only having met for six meetings, and virtually at that. The feeling of care and compassion for one another amongst the members of the group and supporting team is ever-present. The variety of skills and experience that each member of the group possesses and brings to the table has been on full display, bringing out the creativity, ingenuity, and passion of each of the members. The PolarUs project is really starting to gain steam, and the BBAG is excited to be an integral part of this important and impactful project!