Victoria Maxwell: Is There Love After the Psych Ward? 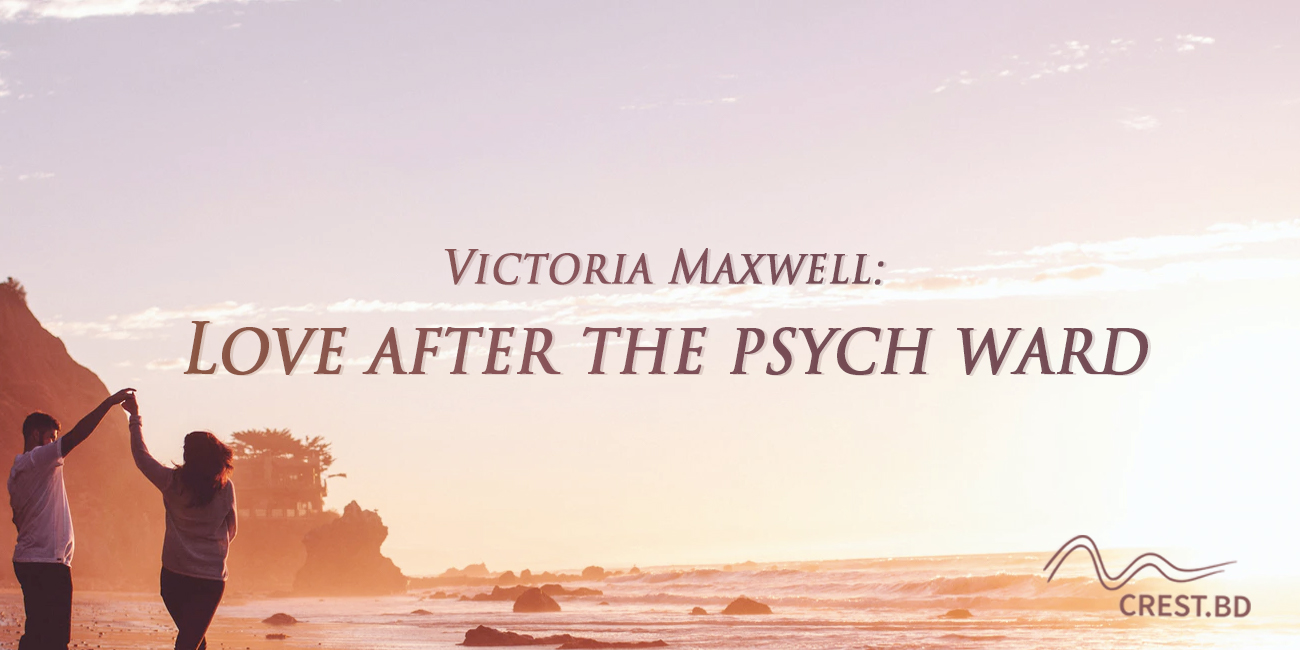 I’ve been with my husband Gord for 20 years and married to him for 15. Nine years before I met him, I was diagnosed with my mental illness trifecta: bipolar disorder, anxiety, and psychosis. It took me five years to actually accept that I had mental illness. So, when I met Gord, I’d had about four years of recovery under my belt.

What I Learned Not to Do on Dates

Telling the person you’re dating about your mental illness isn’t like sharing that you’re left-handed (I am), a sci-fi buff (I am), or even vegan (definitely not). Get between me and a piece of gooey brie and you take your life into your own hands. In conversation, during a date, you can’t casually say, “No, I don’t smoke, but I have had three psychotic breaks.” Well, you can, but I wouldn’t recommend it. Not on the first date.

When I was in the initial stages of recovery and first started dating, I went through a misguided phase of “honesty is the best policy.” I was so honest I’d spill the beans—not on a first date, because there usually wasn’t one—but when I’d meet a guy at a party. It was like I was at an AA meeting (except no one else was): “Hi, my name’s Victoria and I have mental illness. Three actually.” Didn’t leave the kind of first impression I was aiming for.

No one wants to admit it, but there’s only so much listening, so much support a partner can do and give. Mental illness—severe depression, in particular—has a cutthroat way of dismantling empathy. The self-loathing I battled while depressed was the unwanted third party in my relationships. Like acid, it slowly dissolved my connections.

With mania, my electric anger and unpredictable behaviour created not only fear but resentment. The newness of each relationship couldn’t bear such extreme stress. Even the best, most well-established relationships have difficulty weathering such mad storms.

Pushing the Limits of My Boyfriend & Literally Pushing Him

When I dated Simon,* I was wrestling with both acute symptoms and denial of my illnesses. One day, we were in the sardine-can-sized living room of his walk-up apartment. He said something harmless, but I was in the throes of mania—pressured speech, flight of ideas, anger co-mingling—and his comment seemed like a gauntlet thrown down in challenge. I yelled something back. Wide-eyed, Simon tried to calm me down. (Note to partners: Do not say “calm down” to someone who needs to calm down, especially if that someone is in a florid mania. It will have the exact opposite effect you intend it to have.) He moved closer. I yelled louder. And pushed him, with both hands full force on his wagon-wide chest, yelling even more loudly and with more vitriol.

We’d been seeing each other for only a few weeks. He had been so kind and so tolerant, but this aggressiveness was not OK. Nor should it ever be. When I became more lucid, Simon told me not to call him anymore and said I wouldn’t be hearing from him.

I’d like to think if I had prepared him, had told him what kind of behaviours might occur, the relationship might have lasted longer. But that’s expecting a lot of someone in the new stages of a relationship.

With this hard-won wisdom, when I met Gord on a film set (me, a movie stand-in; him, a lighting operator), I played things cool. OK, cool isn’t exactly how you’d have described me, but I did decide to do things differently.

Doing it differently was easier than it had been in prior years. I was now more adept at managing my illnesses. And the episodes I did deal with were infrequent and far less severe. I wasn’t afraid that my illness would implode relationships like it had in the past.

With Gord, I had a modicum of recovery, few symptoms, and as a result, some confidence. I didn’t feel like I was at the mercy of my mental illness, so was less afraid it would do me in or blindside me. Overall, the more comfortable I am with my mental illness, the less likely others will feel awkward. 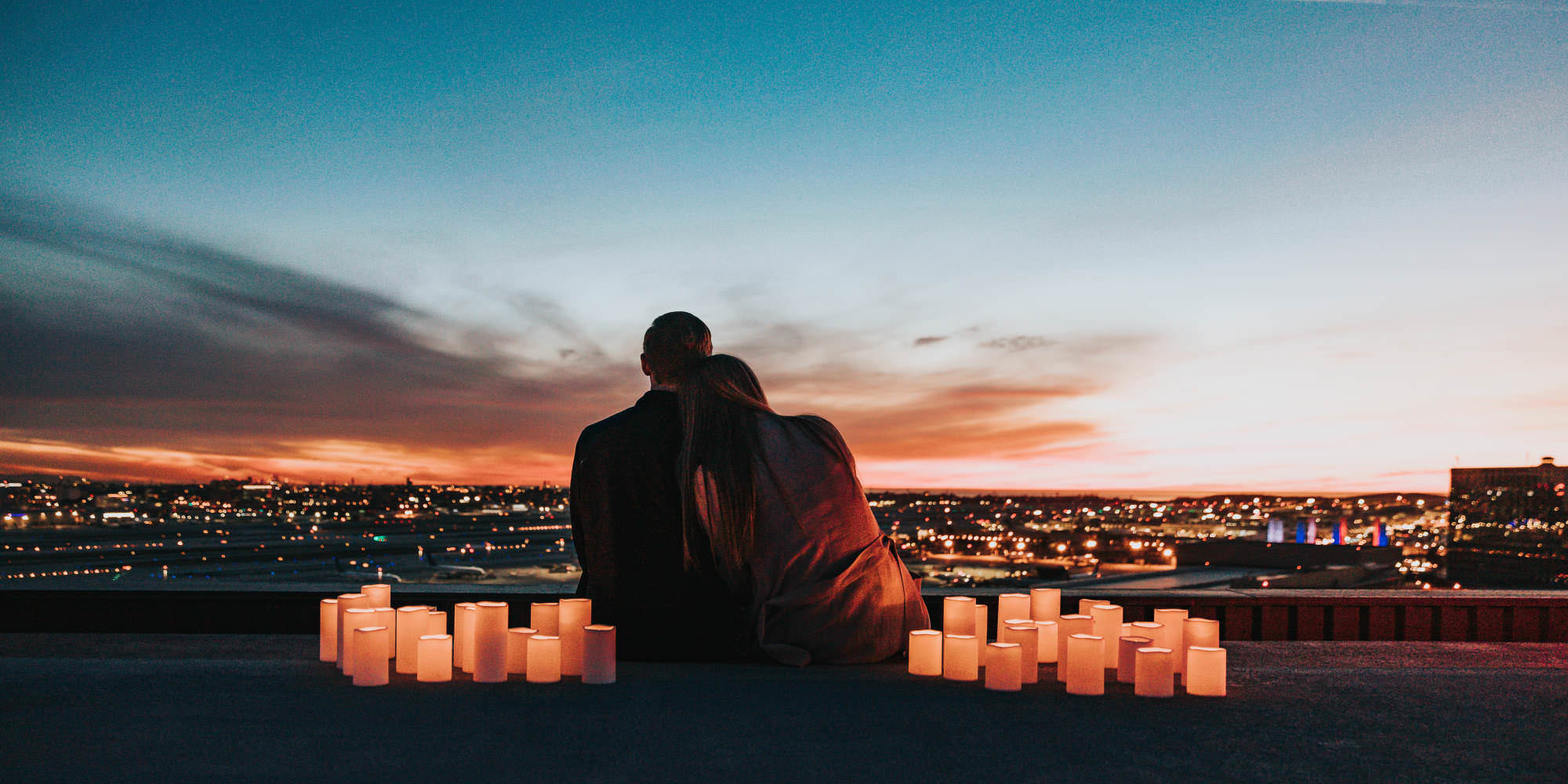 Spilling the Beans About My Bipolar Disorder & Anxiety

Telling Gord was still nerve-racking though. I liked him. This could be a deal-breaker. But, if the relationship was going to become something more, I owed it to him and to myself to be authentic.

What gave me the signal that it was okay to share something so intimate with him? He had taken the lead and divulged something almost as vulnerable—something I’ve held close to my heart and chest ever since. Gord was willing to take an emotional risk. And I didn’t run away. I followed suit and hoped he’d stick around too.

A few dates in, after dinner, we were lying on our stomachs, head-to-head on a grassy knoll outside a waterfront market. I thought I’d swallowed my tongue. All moisture in my mouth had completely vanished and seemed to be making my nose run. Oh god, oh god. Just spit it out!

“I was diagnosed with bipolar disorder and anxiety awhile ago.” I decided to hold off on the psychotic part. Then I added, “Thought you should know.” I nodded once, abruptly. This was not how I’d rehearsed it.

He looked at me: “What, like a mental illness? You seem pretty normal to me.” Is that a good thing? I asked myself. Yes. Yes, it is. I think.

“Well, I’d like to think I am.” That’s a solid, “normal” response, right? “And I take medication for it.” Crap. Maybe that wasn’t necessary.

Gord pursed his lips. “Why? You don’t seem like you need medication.”

I tried to wring some moisture out of my tongue, which seemed to have become a dried-up beach towel. “Well, that’s probably because it’s working. Because most of the stuff I do is working: exercising, eating healthily, getting lots of sleep, seeing a counsellor…”

What was happening? I couldn’t stop my mouth from blurting out the … truth. Aaaggghh! As I obliviously babbled along, he moved closer and kissed me.

He told me he didn’t really care, that I seemed fine, and really, it was a bigger deal that I didn’t have a car and lived in North Vancouver, because he’d have to drive me home all the time. Seriously. He said that.

Gord was spared my most outrageous and frightening behaviours. No psychoses, no psych ward stays. He met me first, not the illness.

However, about two years ago, I did go into psychosis. Trauma-related memories surfaced and as it had happened in the past, I went into psychosis, into a non-shared reality as I call it. I was seeing symbolic messages in things that others weren’t, metaphors in nature, blurs of shadowy spectres. I wasn’t grounded and I needed help.

Help was there. Gord took it in stride. Somehow, he knew what to do. Granted, I wasn’t in full-blown acute psychosis. I was going in and out of lucidity—recognizing at times my odd beliefs and exceptional experiences. We drove to emergency. We waited in emergency. We saw an excellent psychiatrist in emergency. She asked extraordinarily insightful questions. But that’s a story for another time. I was given something for me to sleep, because my sleep had dwindled to three hours, maybe, tops. We were to keep in touch. This psychosis was caught early. That made a difference. I slowly came back down to earth, slept deeply, felt fragile yet more myself. Gord cared for me and watched over me all the while. He wasn’t frightened of the psychosis. This is what shocked me. He was, of course, worried and concerned about me. That’s to be expected when a loved one is unwell. But we rode this stormy psychotic ocean together.

It made us closer in a way. I was at my most vulnerable, most out of control, and he was witness to it all. Nothing like hallucinations and delusions to bring more intimacy into a marriage.

When I’m well, which for the most part is the majority of the time, Gord and I cuddle, watch movies, clean the kitchen and make meals together. We also argue, worry about our future, and complain about relatives. Blessedly, our relationship is like any “normal” long-term relationship: messy, beautiful, infuriating, and most of all loving.

I still ride waves of ups and downs of bipolar disorder and anxiety, and Gord rides them with me. Mindfulness teacher Jon Kabat-Zinn has a great quote: “You can’t stop the waves, but you can learn to surf.” Over the course of our relationship, we’ve created ways to help each other surf the currents of the sometimes calm, sometimes wild bipolar waters.

“Surfing” the Currents: Tips to Stay Afloat When Bipolar Disorder Is Part of Your Relationship:

A Few Words from Gord:

It’s a big thing to let someone else monitor your behaviour. Victoria lets me do this. I can freely say when I see mania or depression. This is not something we actively agreed on; it evolved organically out of the tenderness and caring we have for each other. It keeps me involved and gives me a sense of being a support and part of her wellness. It’s not always fun to hear that you’re a bit “spazzy,” as we jokingly call the effect of her hypomania, but Victoria appreciates being told and knows I’m doing so in a loving way.

One thing I’ve had to cope with is concern about the reliance on medication. My fear is that one day a heartless drug company will stop producing the almost-magic drugs that help keep Victoria stable. If I could buy a 20-year supply, I would. 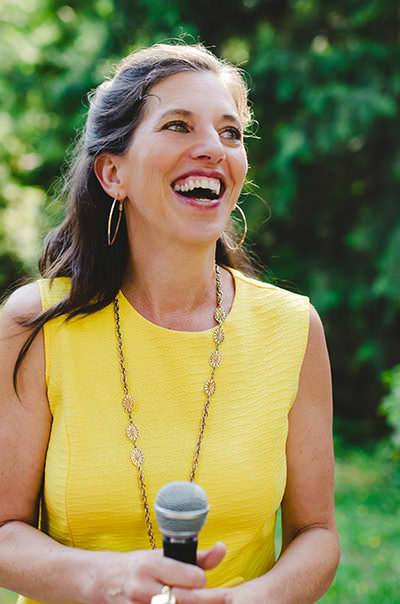 Since being diagnosed with BD, psychosis, and anxiety, Victoria has become one of North America’s top speakers and educators on the lived experience of mental illness and recovery, dismantling stigma and returning to work after a psychiatric disorder. As a performer, her funny, powerful messages about mental wellness create lasting change in individuals and organizations. The Mental Health Commission of Canada named her keynote That’s Just Crazy Talk as one of the top anti-stigma interventions in the country.

Victoria has also recently been a guest on #TalkBD, our series of livestreams where we talk about bipolar disorder and mental health maintenance in the coronavirus pandemic. Visit talkbd.live to learn more!
Follow us on social media: