The Double Bi Life: Intersections Between Being Bipolar & Bisexual

The definition for the ‘bi’ prefix is pretty simple: having two.

The ‘bi’ in bipolar refers to the two states of depression and (hypo)mania. The ‘bi’ in bisexual refers to liking men and liking women. As someone who’s bipolar and bisexual, you could say I have bi bis.

I’ve been out as a bisexual woman for 6 years and have been living with bipolar for the past 4 years. Through my phases of depression, hypomania, dating men, and dating women, there’s been some parallels.

I like to explain my bisexuality with the definition coined by bisexual speaker and activist Robin Ochs: “I call myself bisexual because I acknowledge in myself the potential to be attracted — romantically and/or sexually — to people of more than one gender, not necessarily at the same time, in the same way, or to the same degree.”

“Sometimes I’ll joke that I just can’t decide between being straight or gay, hypomanic or depressed.”

To me, this means my attraction to men, women, and everyone in between isn’t equal, and it isn’t static. I go through phases when I find one gender more attractive than the others. Even when I’m in a long-term and committed relationship with a man, I’m still attracted to women. Dating a man doesn’t make me straight—nor am I a lesbian if I’m dating a woman.

Like my bipolar disorder, my sexuality sits between two extremes, and I fall somewhere in the middle. Even though both of these things are out of my control, sometimes I’ll joke that I just can’t decide between being straight or gay, hypomanic or depressed.

Both of them exist on a spectrum as well that I shift between, and there’s no pattern to it. I’ll cycle between being depressed and more attracted to men. My mood will be stable for a while, I’ll start questioning if I’m actually a lesbian but then meet a really great guy. It’s a cycle that will never stop and I can never predict.

As concrete as I feel in my identities, I can’t help but feel validated when I’m dating a woman, or when I have a hypomanic episode. When I’m single or I’ve been stable for a while, the same doubts creep into my head: Am I really bi? Do I actually have bipolar?

I find these scenarios validating, because without them, my sexuality and illness are largely invisible. 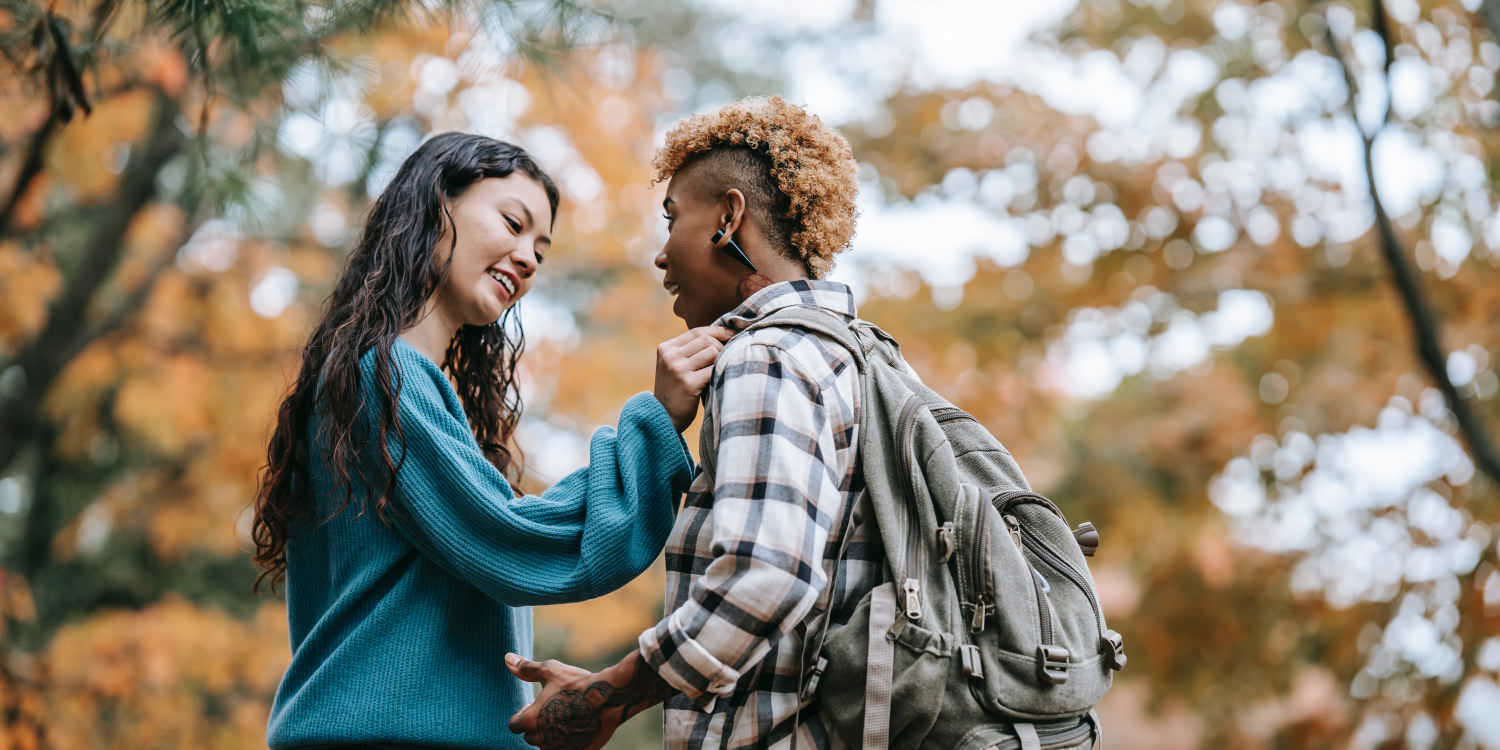 To disclose or not to disclose?

I have ‘passing’ privilege. I don’t dress in a way that is stereotypically bisexual, so generally I ‘pass’ as straight unless I tell people otherwise. Even some gay friends have expressed surprise when I tell them I’m bi! As for my bipolar disorder, it’s largely an invisible disability, especially when I’m well. I’ve also learned how to function when I’m depressed and keep my hypomania under control.

The disadvantage is that sometimes I find myself seeking validation for these parts of my identity, because they’re so invisible. Yet this same invisibility allows me to exist in many parts of society without fear of discrimination. I have the luxury of controlling who knows about my sexuality and illness.

I’m lucky enough to live and work in communities largely free of overt homophobia so coming out as bisexual often comes as a relief. When people around me don’t know I’m bi, I feel like I’m hiding something. I wait for an opening in conversation to mention being in the queer community, or slip in a reference to an ex-girlfriend. Most of the time, whoever I’m talking to doesn’t even bat an eye. That being said, it means I’m also able to scope out a situation. If I feel unsafe disclosing, I can say nothing and still appear straight to those who might treat me differently because of my bisexuality.

I’m able to come out freely and without fear because of the decades of work from those in my community who came before me—those who did come out even when it wasn’t safe for them to do so.

The vast majority of my family, friends, acquaintance, and colleagues know I’m bisexual. Only my closest friends, certain members of my family, and those who’ve I met through my work with CREST.BD know I live with bipolar.

I’m fearful of the professional repercussions that may occur if you can google my name and discover my diagnosis. If this blog post was purely about being bisexual, I would have published it under my full name. I’m fearful of being labelled ‘unreliable’ or ‘crazy’ by a potential employer and losing out on opportunities, and so this post has been published under a pseudonym.

“I don’t have to tell anyone about my sexuality or diagnosis if I don’t want to–nobody does. But, for me, with concealment comes a sense of shame.”

I feel some guilt over the decision to conceal my diagnosis. People openly living with a bipolar diagnosis can have a huge impact. This openness supports those who share the diagnosis and educates others about the realities of living with bipolar. When I first came out hearing the experiences of other bisexual women was hugely inspiring. It made the process of coming out a fairly painless experience for me. 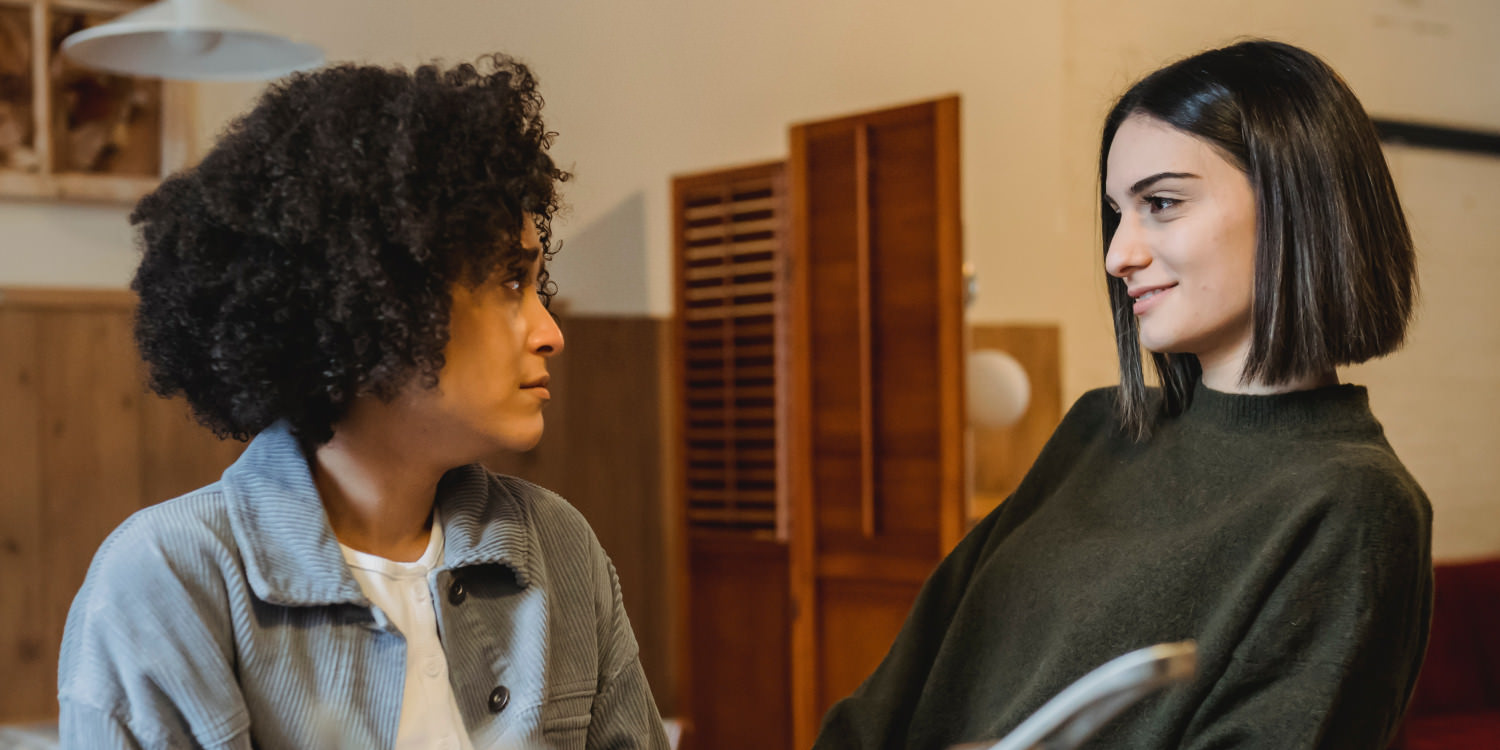 In order for bipolar to be as accepted in society as queerness (I’ve lost count of how many companies have turned their logo rainbow for Pride month), there needs to be visibility, tough conversations, and representation. To dismantle negative stereotypes, people need to understand bipolar and see how people can live well with a diagnosis.

It should also be said that I don’t have to tell anyone about my sexuality or diagnosis if I don’t want to–nobody does. But, for me, with concealment comes a sense of shame.

Once I’ve established my career and am resilient enough to fight against stigma on a daily basis, I want to live openly with my bipolar. I’d like to be as open about it as I am with my bisexuality and do the work that others have already started. But I know I don’t have to wait to start doing this work. I can work with organizations like CREST.BD, support my peers with bipolar, and have tough conversations with those I have told about my bipolar.

Even though I’m not ready to tell everyone, I’ve embraced both of my bi identities. I have to say, I’ve come to like living in the in-between. 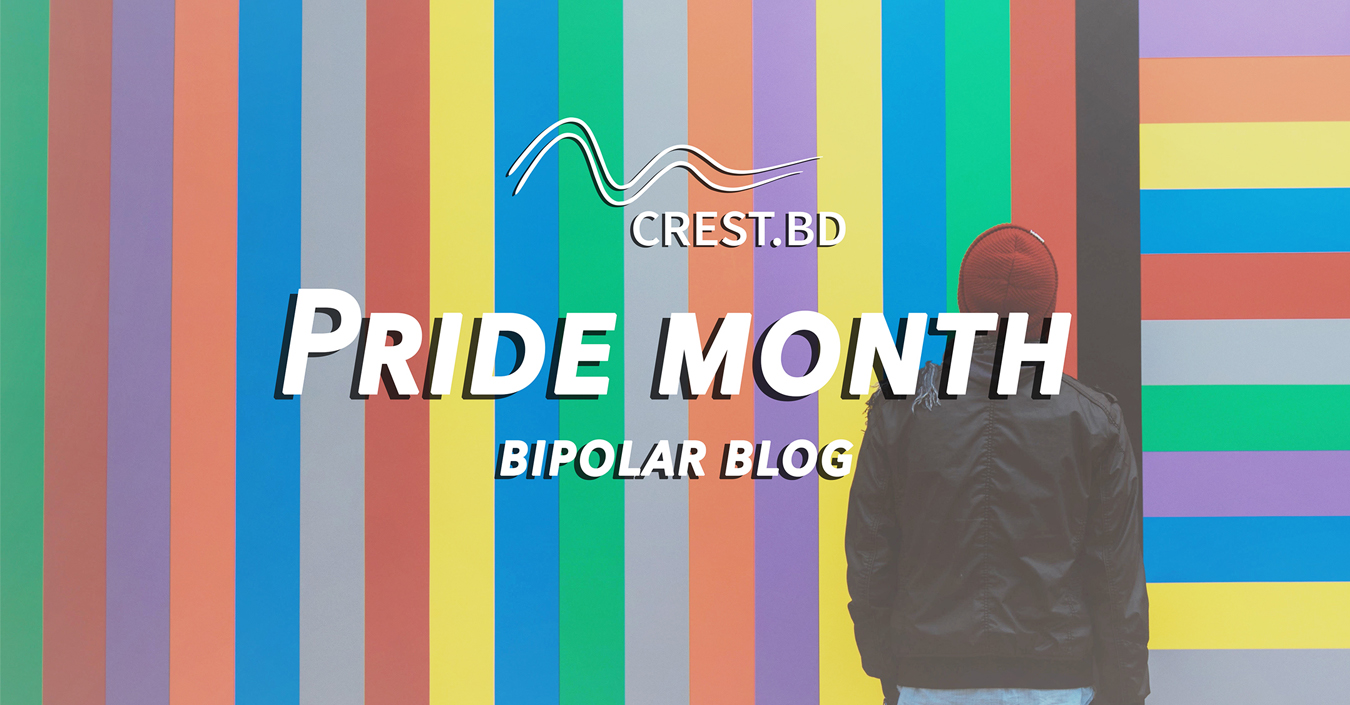 Bi Squared: Balancing Bisexuality and Bipolar II
Living as an openly bisexual person in today’s socio-political climate can be difficult enough; adding one of the most highly stigmatized mental health diagnoses on top of that is a whole other challenge.

2 Comments on “The Double Bi Life: Intersections Between Being Bipolar & Bisexual”