Me Too Vol.5 – Reflections on Three Levels of Stigma 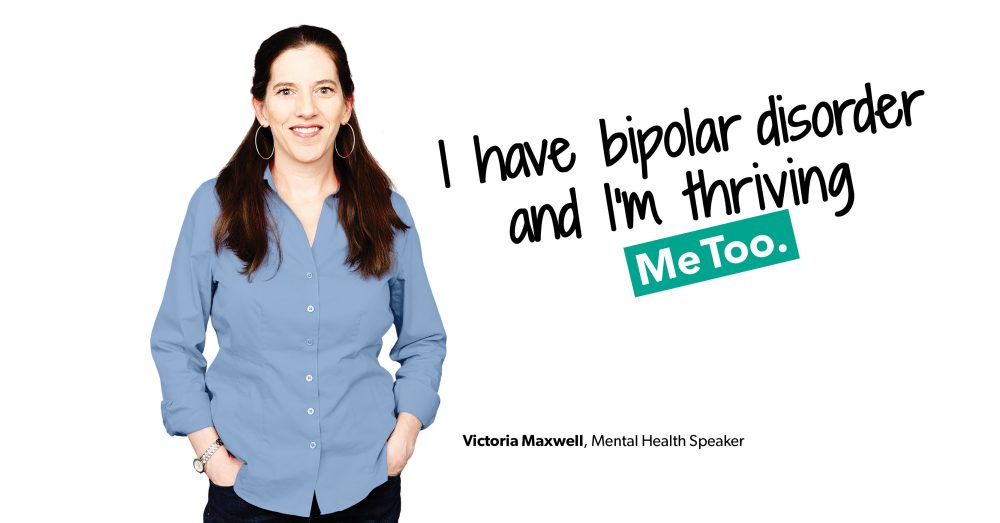 I have a mental illness and I’m thriving.

On September 16th, a crowd of two hundred gathered at the Goldcorp Centre for the Arts to better understand stigma and its deleterious impact on those who live with mental illness. Speaking at the 5th Me Too event were: Self-proclaimed bipolar princess, actress and mental health educator, Victoria Maxwell; professor of psychology, Dr. Steven Barnes; associate professor of psychiatry and network lead of CREST.BD, Dr. Erin Michalak; and Dr. Barbara Harris, winner of the Courage To Come Back Award.

The Me Too talks on Friday evening spanned three categories:

Victoria Maxwell on Stigma and Recovery

Reading excerpts from her show, Victoria gradually revealed her story of lived experience. She attributes her successful recovery to learning self-acceptance, self-compassion, and self-advocacy. Victoria’s story ended on a positive note, as she emphasized that recovery is not only possible, but expected.

The fine arts have always played a significant role in Dr. Barnes’ life, so he began by showing the audience one of his sketches. Most might judge it as the work of a talented artist. Dr. Barnes explained, at the time he sketched it, his self-worth was at a low and he didn’t think the drawing was any good. In the throes of depression, Dr. Barnes struggled with self-stigma.

Dr. Barnes went on to show a series of drawings, illustrating a period of his life marked by a distorted sense of self. The drawings told a story of self-stigma and its negative impact on self-esteem, self-confidence, and sense of identity. “I couldn’t see myself as others saw me,” he explained.

Dr. Michalak knows the arts can help reduce stigma. She evidenced this by quoting feedback collected after one of Victoria’s shows: “I think it just reminded me that they’re just like you and me. There’s just a person who has a story.”

Language is powerful, and it is important to communicate in a politically correct manner (but not so politically correct as to shut down open discussion), said Dr. Michalak. As an example of how language can propagate stigma, Dr. Michalak affirmed that suicide is no longer a crime, but people still use the word “commit” when referencing the subject.

Dr. Michalak concluded with a story of a mother (whose child had recently been diagnosed with a mental illness) facing social stigma; the frustrated mother told her friends, “If my child had leukemia, you’d all be bringing me lasagna.”

The final speaker, Dr. Barbara Harris, received a 2016 Courage to Come Back Award. Dr. Harris lives with post-traumatic stress disorder (PTSD), and left an abusive household at an early age. As Dr. Harris put it, “It wasn’t until I was 40 that I actually decided I wanted a life.”

Dr. Harris highlighted how the shortcomings of the academic system encourage structural stigma. Dr. Harris explained she had to “Jump through hoops,” to register as a post-secondary student with a disability. She recounted stories of having to cope with staff bullying while teaching at UBC, and provided insights into the academic system’s failure to accommodate students living with mental illness. Dr. Harris called for academic institutions to embrace systemic reform and eliminate stigma on campus.

I’ve heard stigma be referred to as “a social disease.” But this most recent Me Too talk revealed stigma is much more than simply a social problem. As an individual who has lived with schizoaffective disorder (part bipolar disorder, part schizophrenia) and OCD for the past thirteen years, I’m all too familiar with the attitudes and beliefs that propagate the various forms of stigma.

I was moved by what the speakers had to say, and I admire their courage to openly share their run-ins with stigma. I believe it is this openness and willingness to share that dispels society’s distorted notions of mental illness.

Mental health issues have gained a lot of attention in recent years. As public figures become increasingly outspoken about mental illness, those of us with lived experience may feel more empowered to make our voices heard. Ultimately, what it will take to finally eliminate stigma is our collective voice and a willingness to say “Me too.”

Me Too conversations are sponsored by the Andys Szocs Foundation, the Kelty Patrick Dennehy Foundation, VGH & UBC Hospital Foundation, and Vancouver Coastal Health.