Whispers of a Healing Heart 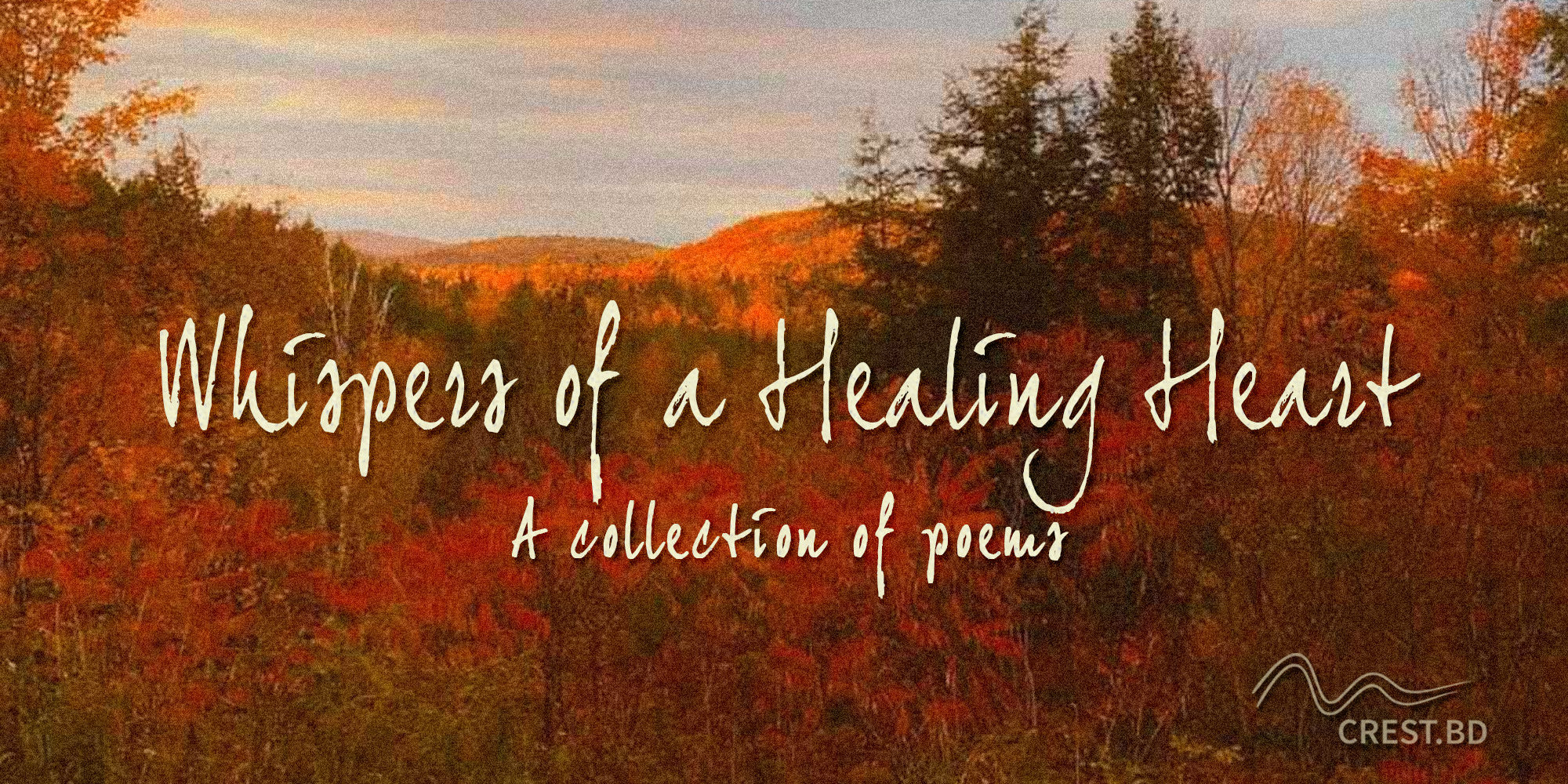 In my previous blog titled “Writing Poems – One of My Mental Health Safety Valves,” I stated how I love to write poetry. I also affirmed that I usually get my inspiration from friends’ photos which are posted on Facebook. As I was preparing two separate collections of poems this past fall, I noticed a beautiful photo taken by a friend of one of my friends on his Timeline. I was so moved by this photo that I immediately wrote a poem about it and asked him to verify with her if she would permit me to include the poem with her photo in one of my future collections. Thank goodness, she instantly permitted me to do so and we became friends on Facebook. 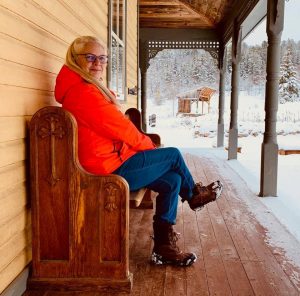 This woman, Irma Van Oirschot, who is an avid photographer, lives on the outskirts of a small touristic village, Wakefield, QC, not too far from Ottawa. Within nine days, I wrote another poem inspired by another one of her impressive nature scenes. Once again, she permitted me to include the poem with her photo in one of my future collections. Much to my surprise, she suggested that we should consider publishing a book together by combining her photos and my poems. I informed her that it was a great thought. However, since I was already collaborating with two other photographers in the preparation of two separate collections, I told her that it would probably be unwise for me to embark on a third major project at this time.

After writing her a third poem titled “Blinded by the Sun”, she indicated that she totally related to my poem. She added that her only son died of an accidental fentanyl overdose on September 20, 2018 and that his death had brought her to her knees. She hoped that she would also soon feel the sun warm her soul and that it would let her feel free as a bird once again – a goal towards which she was working with her mental health team.

Since one of my stepsons passed away in August 20l7 as a result of longstanding abuse of alcohol, I was profoundly moved by this mother’s grief. I wrote two additional poems inspired by her photos: “Storms do Pass” and “A Grateful Heart.” By this time, this mother had read one of my previous blogs referring to some of my experiences as a person who currently lived well with a bipolar disorder. 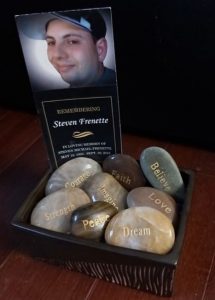 In memory of Steven Frenette

Shortly thereafter, we met for coffee. This is when I became aware that her son had also been struggling with serious mental health problems. Consequently, we committed ourselves to collaborate on the preparation of a collection of poems dedicated to her son, Steven. This collection would be based on the mixed emotions and healing process she experienced since her tragic loss, and how some of these were similar to many of the emotions I experienced during my recovery from my serious bipolar crisis of 1998.

According to statistics provided by the Mental Health Commission in 2013, “mental illness indirectly affects all Canadians at some time through a family member, friend or colleague; in any given year, 1 in 5 people in Canada will personally experience a mental health problem or illness;…suicide accounts for 24% of all deaths among 15-24 year olds and 16% among 25-44 year olds.”

A total of 61 poems dealt with various aspects of the grieving process with a primary focus on themes of hope and healing. While reading my poems, this mother often told me that it was as if I was reading her heart, her feelings and her mind. She even told me that she believed her son had sent me to be her guardian angel to be part of her life to help with her healing. Thus, she suggested that this collection of poems dedicated to the memory of her son be entitled “Whispers of a Healing Heart” and it was published earlier this year. 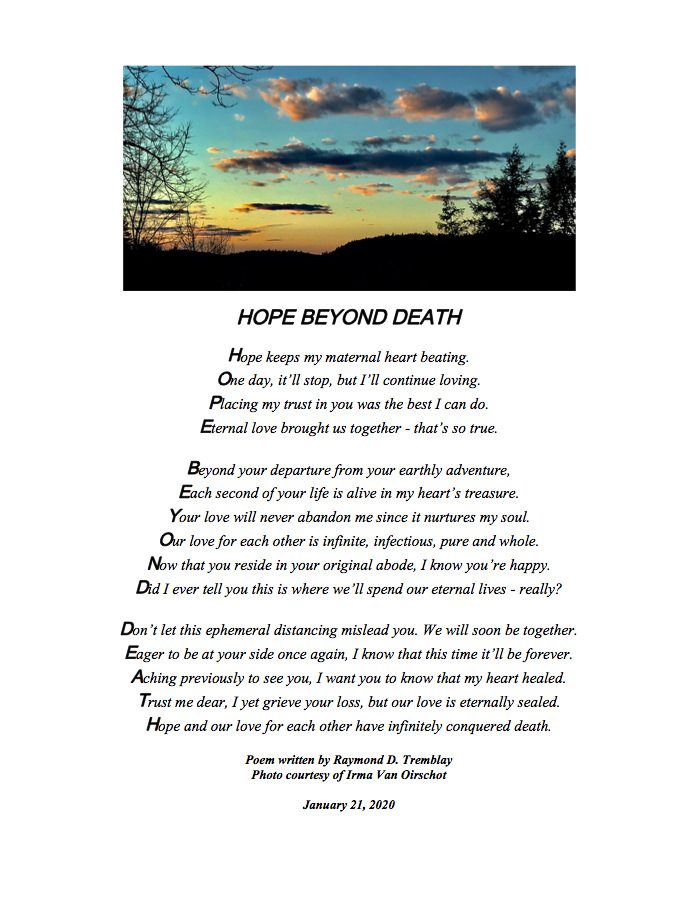 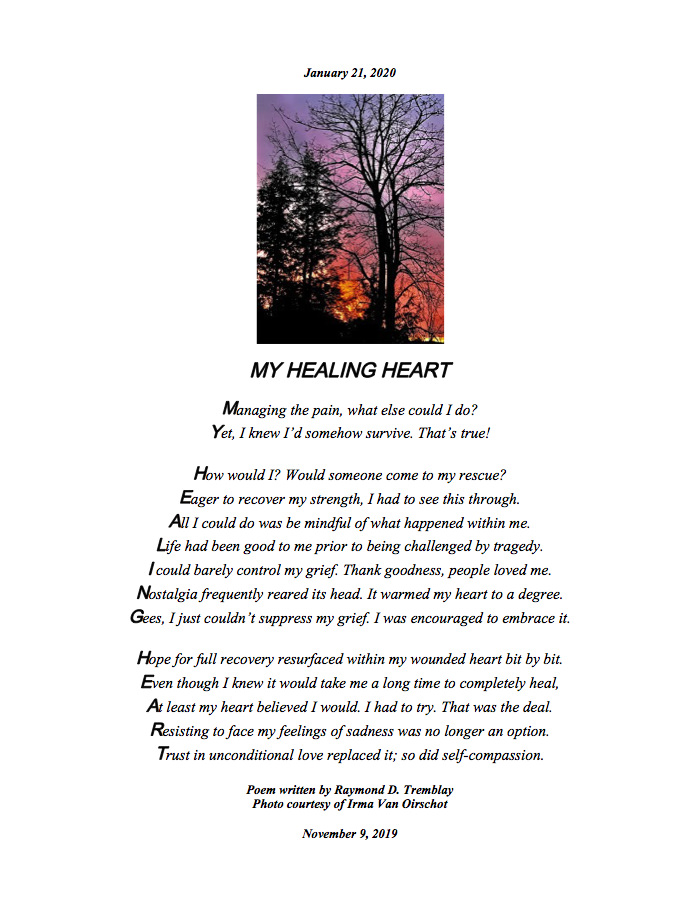 In these trying times of COVID-19, we can all imagine that some vulnerable individuals may be brought to the edge of despair and be tempted to give up on life. Let us make a special effort to reach out to those people in need and especially those who are suffering from mental health problems.

If you’re interested in Whispers of a Healing Heart, it can be purchased directly from Raymond for $20 plus $6 shipping. Contact Raymond at wei-min@sympatico.ca.